Connect and share knowledge within a single location that is structured and easy to search.

I need a suggestion for a tag name

While posting a question, I knew that a tag that would be valuable would be a tag that reflected the question was specifically about the trueness of the joints, whether they were square, plumb, proud, etc. Is there a term for that type of verification? I thought about precision or maybe accuracy but neither of those felt quite right. Does anyone have an idea for what this tag might be named or am I just completely off base to begin with?

This is referred to as geometric dimensioning and tolerancing.

Different geometric characteristics can have different tolerances. You find them in technical drawings in mechanical engineering.

You are probably not familiar with them because outside of engineering, people are not used to the units and numbers used. They are often hard to imagine.

That's why they are expressed by making comparisons to more commonly known objects.

this sphere for example 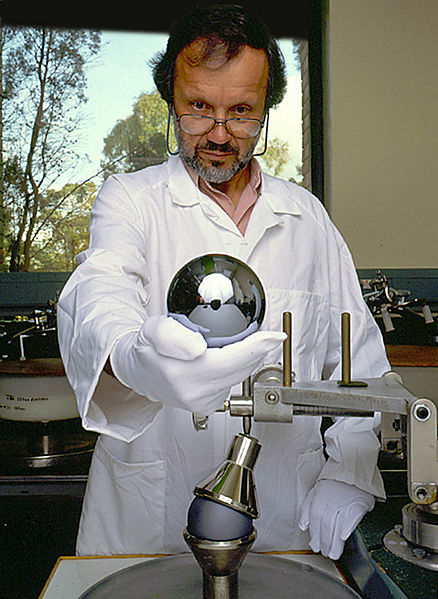 These spheres are among the roundest man-made objects in the world. If the best of these spheres were scaled to the size of Earth, its high point—a continent-size area—would rise to a maximum elevation of 2.4 meters above "sea level".

That gives you an idea of how much it differs from being a perfect square.

Compare it to this wording of the tolerance in technical terms:

The sphere shown in the photograph has an out-of-roundness value (peak to valley on the radius) of 50 nm.

As you can see, it only makes sense to specify the tolerances if they are very tight and the manufactured object is something very precise. Nothing you really come across in woodworking.

However, the term still holds its meaning regardless of the numbers. You can specify tolerances as tight as you want. In woodworking, you might specify an out-of-roundness value of 5mm (~ 1/5 of an inch).

Suggestion for the tag

Create the tags tolerance and dimensioning as synonymous. Time will tell which phrase people will use more often.

I'm not sure how well the tag search works (you enter a part of the tag an it shows you you all that contain that part), but maybe the tag should be geometric-dimensioning-and-tolerancing with GD&T as synonym. Im in hope that typing any of the words included would bring the tag up.

I would say you used the term you need in your question - trueness In 'Understanding Wood', Bruce Hoadley defines trueness: "Trueness compares the actual to the intended geometry of the surface". So, I would vote for that.

Having said that, this is a new forum and woodworkers come from a wide range of backgrounds, so tags like 'craftsmanship' or 'precision' are useful.

So I suggest using several tags, and letting some time pass. After a while, it should be more obvious which tags work well and some kind soul will cull a tag or two here and there to help clean up the site.

Not the answer you're looking for? Browse other questions tagged discussion tags .

Welcome!
This site is for discussion about Woodworking Stack Exchange. You must have an account there to participate.
Help
Visit chat

9
Vote Early and Vote Often
1
Imposing views with tags
10
Lets drum up some content! Who's up for community projects?
1
I think we should have a chatroom for showcasing our projects
1
How can we improve upon the wood-identification tag?
1
Should we ban the wood tag?
2
rift sawn and quarter sawn tags
0
Appropriate use of tag wikis
1
Which types of woodworking of woodworking are we focusing on?